Hernia is a common condition that can affect babies, children, and adults. In fact, about a million hernia repair surgeries are performed every year across the U.S. Typically, doctors implant a thin, flexible mesh to repair and strengthen the hernia site. However, some of the mesh products being used are causing patients to suffer serious side effects and health complications.

Even worse, these dangerous mesh products are made by several pharmaceutical giants who may be putting their bottom lines before the health and safety of patients.

The time you have to pursue a claim is limited. Contact us for more information.

If you or a family member have suffered injury from a hernia mesh made by Atrium Medical, Bard, or Ethicon, the aim of this brochure is to help you understand the dangers and learn more about the options that may be available to you.

Hernias occur when the intestines, or tissue, or an organ slip through an opening in connective tissues and muscle.

Common areas of the body where hernias occur include: 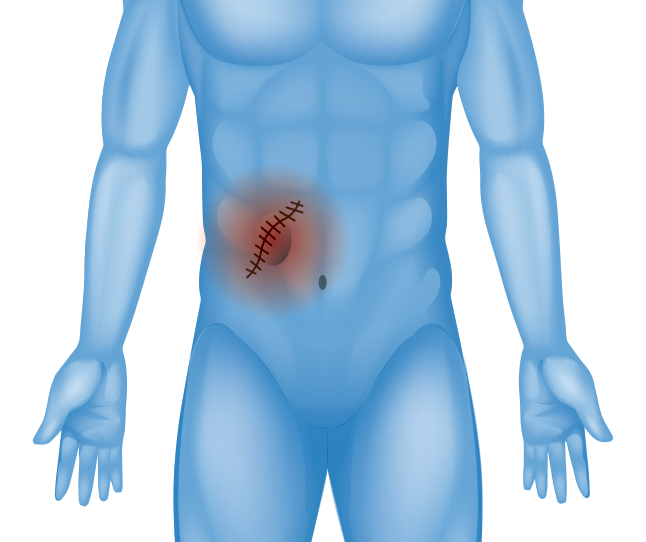 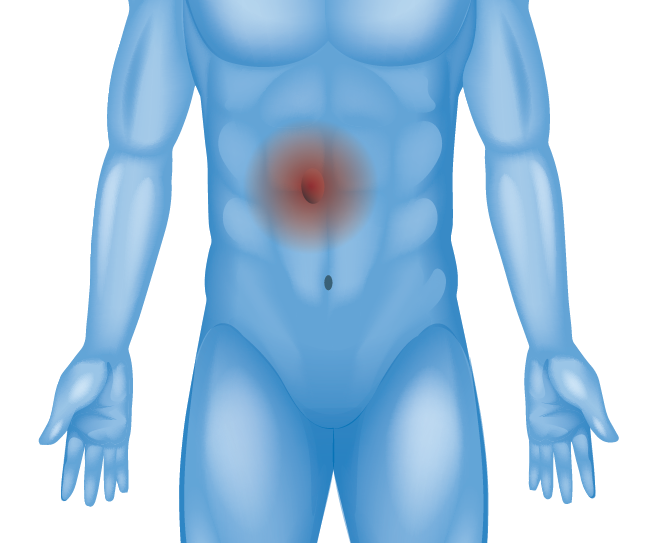 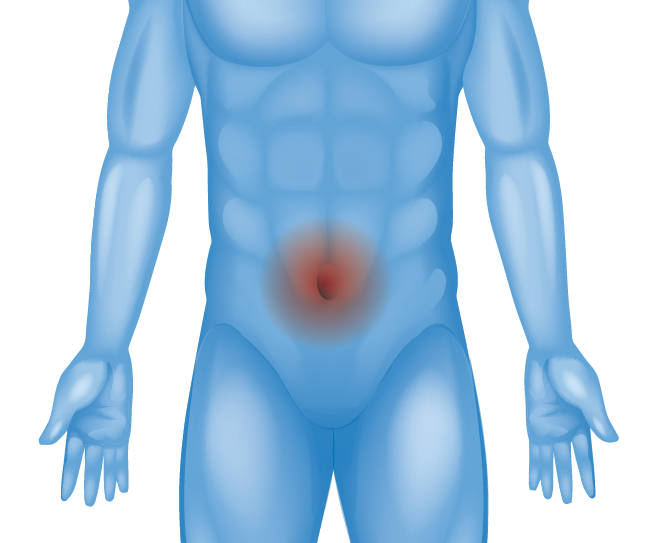 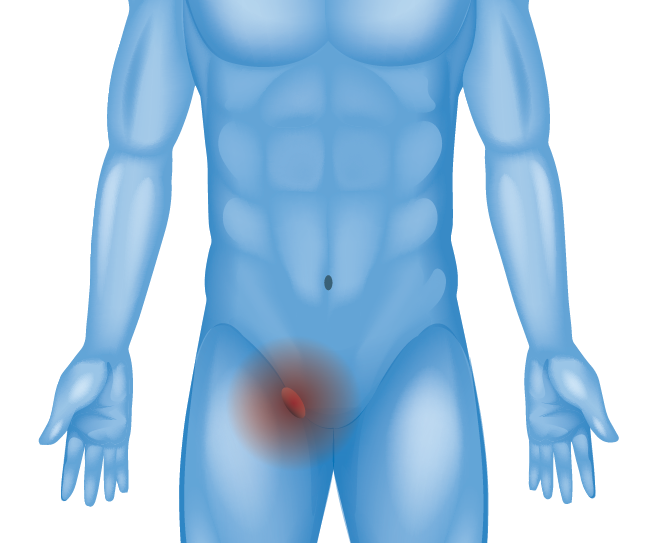 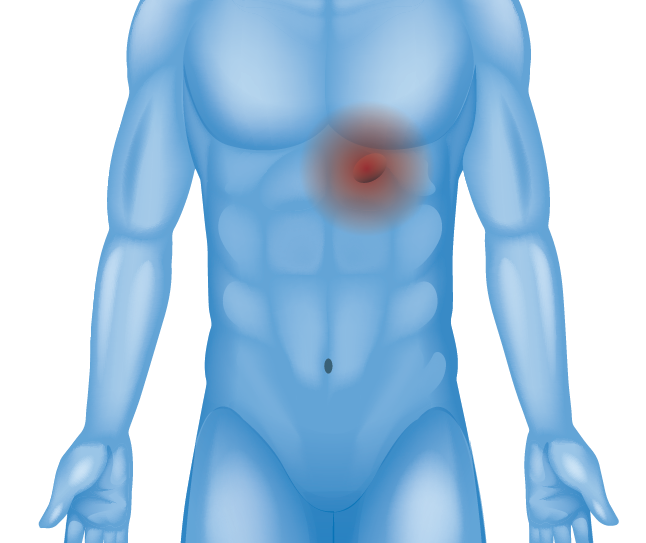 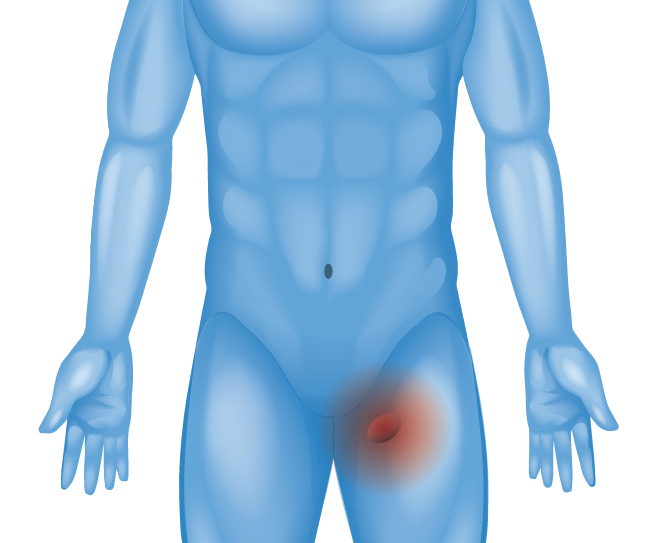 If you have a hernia and you do not seek treatment, the size of the hernia may increase and cause additional damage. If the hernia is past the watchful waiting benchmark, your doctor may decide that surgical repair with mesh is your best option. Mesh has been used to treat hernia for several decades. But be aware, some patients say their hernia mesh caused them to suffer serious adverse events.

Patients who received certain types of hernia mesh have reported experiencing severe and debilitation injuries including: 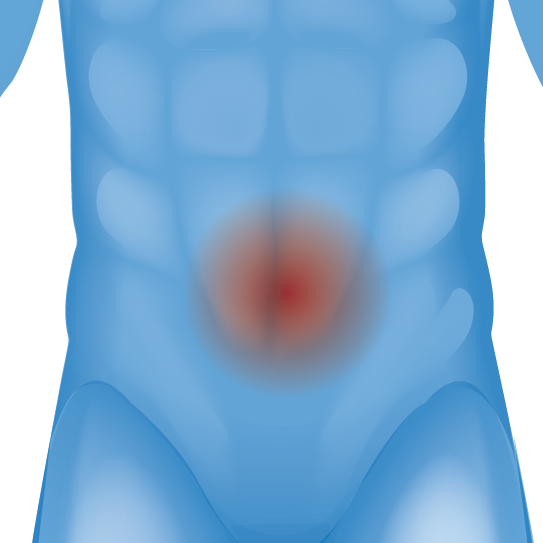 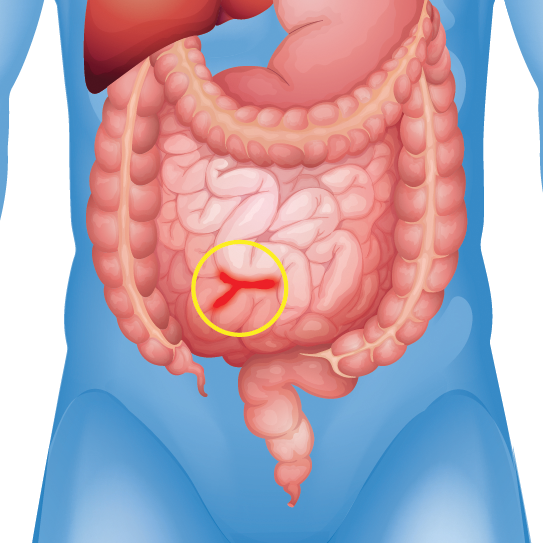 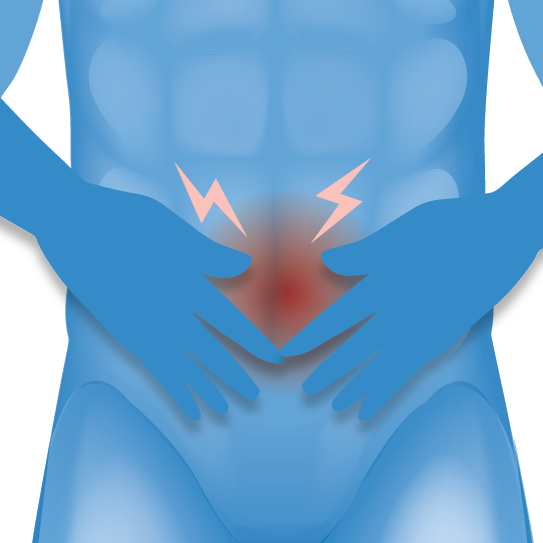 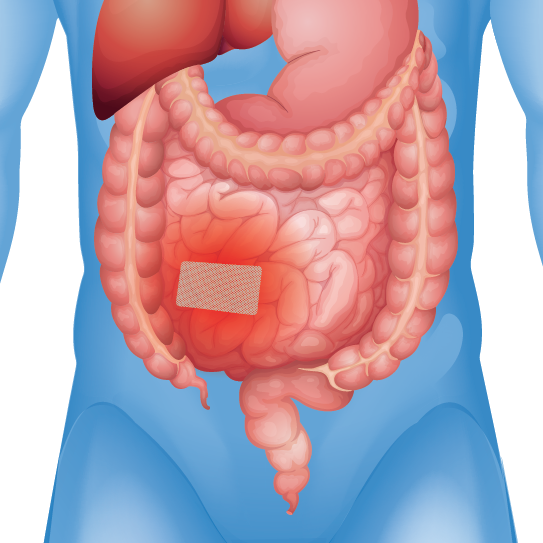 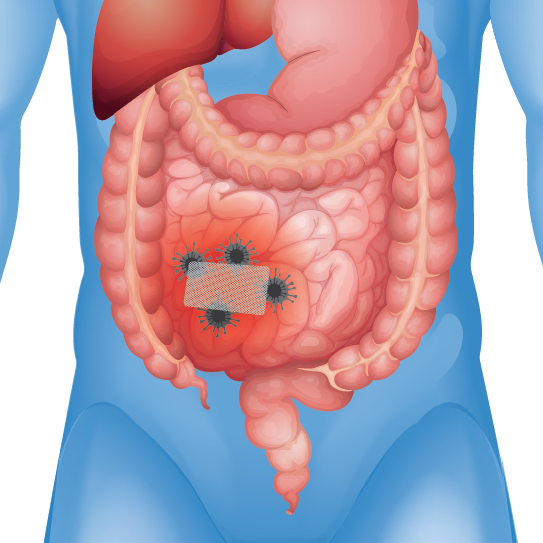 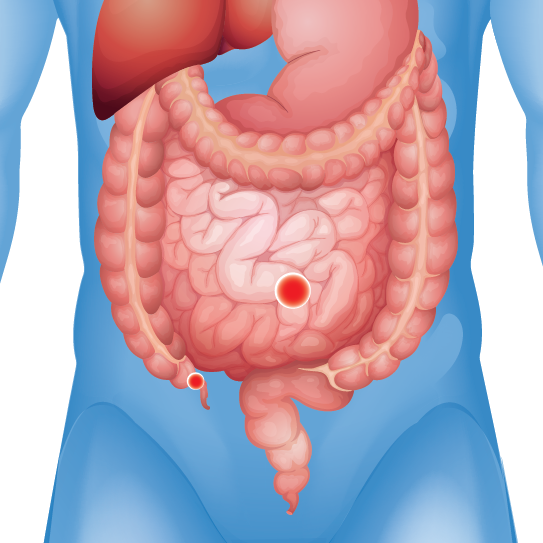 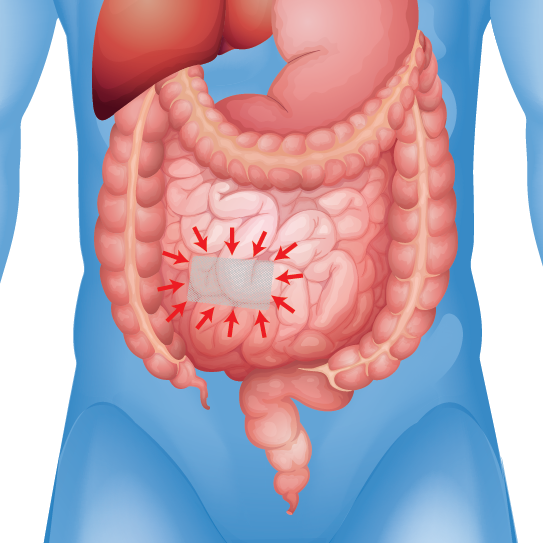 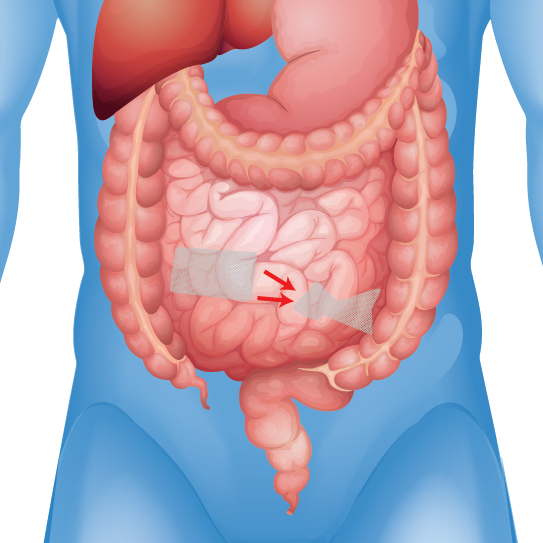 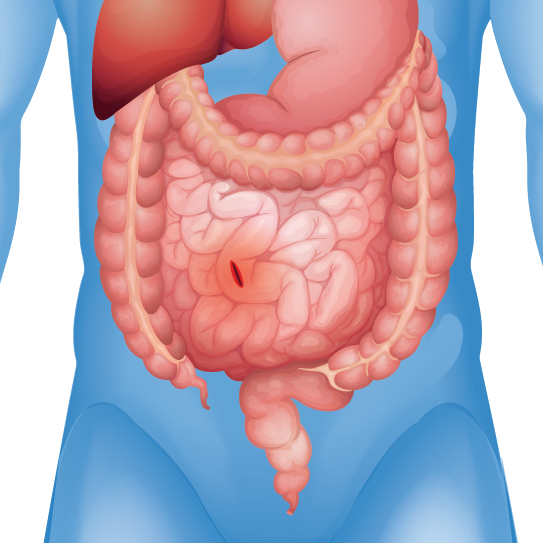 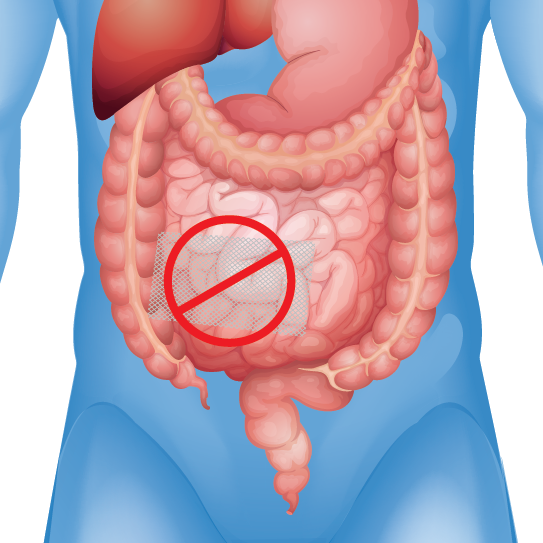 Rejection of the Implant 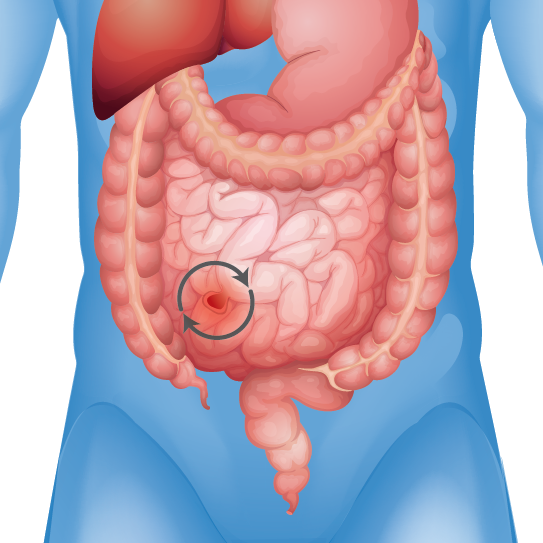 Reoccurrence of a Hernia 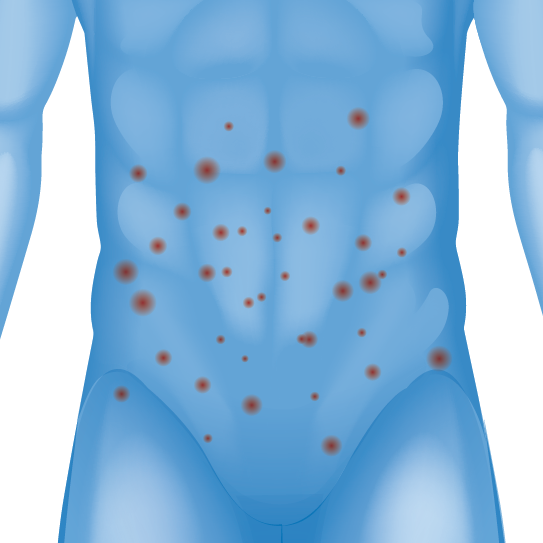 Originally manufactured by Atrium Medical Corp., C-QUR mesh is now sold by Maquet. The FDA approved the C-QUR mesh in 2006 through the controversial 510 (k) program, which allows new products to enter the market without the rigorous testing required for traditional approvals. The program allows a device to be sold on the market if it is substantially similar to a device that has already been approved.

Interestingly, though the device was approved for sale because it is substantially similar to other hernia mesh products, it was actually advertised and marketed as being different than any other mesh on the market. The polypropylene C-QUR mesh has an Omega-3 fatty acid adhesion barrier that was designed to prevent the scarring that can cause tissue and organs to adhere or stick together.

Yet, the FDA had to issue a warning to the mesh maker in 2012 after receiving reports of foreign materials in the supposedly sterile mesh, patient infections, and questionable methods of sterilization. The following year, a Class 2 recall was issued for the mesh named C-QUR Edge because the nonstick Omega-3 fatty acid barrier was adhering to the packaging.

And while the device maker sent a warning to physicians about the issue, they did not recall the products from the market.

C-QUR products have been associated with a variety of inflammatory bodily responses that can result in the adhesions the device was marketed as preventing. C-QUR products currently being used include:

More than 500 Atrium C-Qur hernia mesh lawsuits have been consolidated to multidistrict litigation under U.S. District Judge Landya McCafferty in the District of New Hampshire. The first bellwether trial in the MDL is scheduled for February 2020.

Reports of injury from ethicon physiomesh

Johnson & Johnson subsidiary Ethicon manufacturers Physiomesh, a hernia mesh approved for the market in 2010 through the 510(k)-approval process, so it too did not have to go through rigorous clinical testing before being used inside the human body. In 2014, the FDA approved a second version of the mesh, also through the 510(k) process.

But by 2016, Ethicon pulled Physiomesh from the global market after adverse event reports showed that patients suffered higher rates of infection and had to have additional surgeries to repair or remove the device.

In May 2018, District Judge Richard W. Story issued an order that allows patients to preserve Physiomesh products for trial. As of June 2018, there are 1,215 actions pending against the device maker in MDL -2782 IN RE: Ethicon Physiomesh Flexible Composite Hernia Mesh Products Liability Litigation.

C.R. Bard has several hernia mesh products available on the market including the Kugel Patch. This mesh and its variations have been recalled from the market repeatedly since 2005.

C.R. Bard and subsidiary Davol are embroiled in legal battles over allegations that their hernia mesh products can cause:

The Judicial Panel on Multidistrict Litigation will hear arguments in July 2018 regarding the centralization of all hernia mesh lawsuits filed against the manufacturer. Dozens of lawsuits have already been filed in federal and state courts across the country, and experts believe that possibly thousands more will be filed in the near future.

If you’ve been injured, we can help

Thousands of patients who have been injured by surgical mesh are filing lawsuits across the country alleging that the hernia mesh caused them to suffer serious injury including infections, adhesions, and organ perforation. Some of the patients were forced to undergo more surgeries to try to remove the device.

Patients who suffered these serious adverse events and pain injuries are accusing these manufacturers of failing to adequately test their hernia mesh products, making and distributing defective products, intentionally hiding the risks of their mesh products, and misrepresenting the safety and efficacy of these mesh hernia repair devices.

If you received a mesh implant after 2006, and you had to undergo at least ONE mesh surgery because of one of the following complications, you may be eligible to seek compensation –